“I found my love in Portofino” crooned the singer Fred Buscaglione in the 1950s. We don’t blame him: with its pastel-hued buildings and sun-drenched harbour, Portofino certainly possesses a romantic charm.

At this glamorous Italian resort, one of the most infamous marriages in history began. On the wisteria-clad terrace of one of Belmond Hotel Splendido’s suites, Richard Burton proposed to Elizabeth Taylor.

During the 1960s, the starry couple often holidayed in stylish Portofino. Despite her opulent onscreen roles and larger-than-life personality, Elizabeth Taylor’s tastes were often surprisingly simple.

Rumour has it that the screen goddess loved traditional spaghetti with tomato sauce. In honour of her tastes and legacy, Belmond Hotel Splendido’s executive chef Corrado Corti has created Spaghetti alla Elizabeth Taylor. Made Made with fresh tomatoes from San Marzano, Sorrento and Pachino, the dish is incidentally one of our most popular. 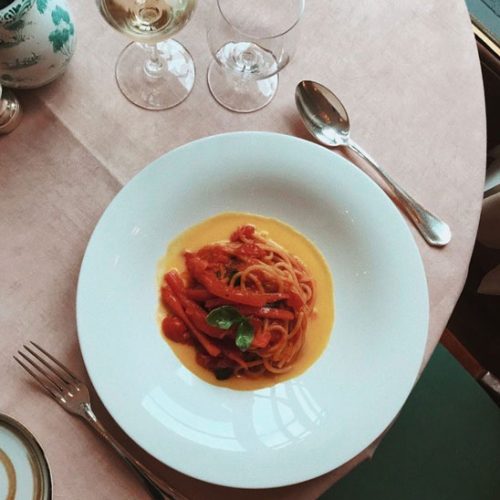 “Colour is a power that directly influences the soul” (Kandinsky), and this is something you’ll certainly experience in the villages of the beautiful Italian Riviera, from Portofino to Camogli all the way to the majestic Cinque Terre.

< Back to What's New

Taste of the Med